Worldwide wine production is set to drop 8.2 percent from last year’s amount, the lowest level for almost 60 years. Harsh weather in Europe was to blame for the dip, but production in the Southern Hemisphere was up.

There are fears that reduced global production, which is expected to fall to 246.7 mhl by the end of the year, could diminish a surplus over demand seen in recent years. This could in turn affect prices as actual market supply becomes increasingly dependent on stocks from previous years and the availability of quality wines from landmark regions.

No decrease in my production.

My wife sometimes wishes there were a decrease in our production, but that just doesn't seem like it is going to happen.

The vineyard in my community had our worse year in the last 8 or so. About 1.5 hours from Napa

We are kicking up production to 600 ish bottles a year. Hoping to let wine age longer & stockpile against future price hikes. At the same time trying to limit consumption! Roy

NorCal said:
The vineyard in my community had our worse year in the last 8 or so. About 1.5 hours from Napa
Click to expand...

A combination of things, mostly an inexperience vineyard manager that did not know how to adjust to the extraordinary circumstances.

Coming off years of drought to one of the wettest winters on record, the vines went crazy. The number and the growth of the shoots was crazy. We did a shoot thinning, but that did little to stem the tide of shoot growth. Then in June we had a freak rain storm, followed immediately by 100 degree weather. With all our vines being head trained, it created an umbrella that trapped the moisture. Spraying was not that effective, because of the foliage cover. Another shoot thinning pass was too little, too late. We lost 2/3 of the normal 50-60 tons of the crop to mildew.

I had read that wine consumption has been trending up.

An example based on the CA wine industry:

Not only that, but the 'Millennials' are an increasing market:

Millennials drink more wine than any other generation

Turning more and more towards wine and away from beer:
Goldman downgrades beer stocks because millennials like wine better

So all those vineyard owners out there...keep those vines healthy! There's increasing demand in the U.S. and worldwide overall.

cmason1957 said:
My wife sometimes wishes there were a decrease in our production, but that just doesn't seem like it is going to happen.
Click to expand...

Whenever I want to make my wife mad, and I mean MAD, I simply purchase another tank. Here is a photo from the last time I brought home a tank..... 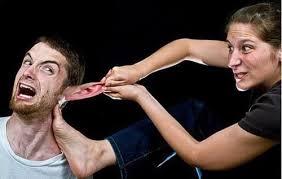