Wine throws a sediment after stabilizing and sweetening?

Ended up at 2 cases even. Finished the bottles tonight.

Best part is I had help:

First taste. Success! Happy with this, after everything.
B

Wine threw a sediment in bottle. Just dumped 21 bottles back into a 5.5 gallon BMB. Fining with Dualfine, then letting it settle for at least a couple weeks. Will rack off of that, then filter with #1 and #2 Minijet filters before bottling. Good news is the wine is worth the effort, really nice flavor when dumping bottles. Gotta admit though, I’m ready for this to be DONE.

Your experience proves once again that wine making takes patience. Sometimes there's no certain answer without going to a laboratory and that's not practical for 99% of us home wine makers.

Glad to see you got it bottled up and it's currently clear. Even if it throws sediment in a week, a month, or a year that's just the result of the complex chemical reactions that are part of wine making.
B

Dualfine can be good stuff: 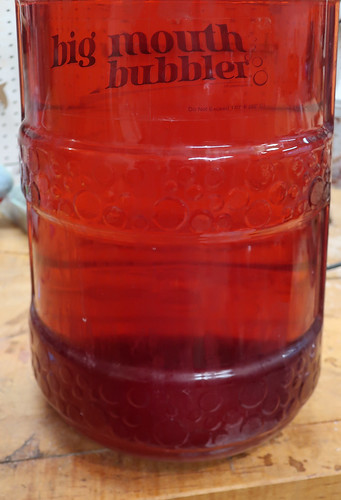 Going to let it sit for a while, so all the really fine stuff settles out, then rack, filter, and bottle. Encouraged by this though.
B

Okay, so today was bottling day, again. After fining with Dual Fine, I let everything sit for two weeks. Wine was really clear. Racked it, conservatively, then filtered through #3 Mini-jet filters. No dripping, no clogging, wine sparkles. Bottled, ended with 18-1/2 bottles. The half is in the fridge for tonight. The rest will get labeled and capsuled tomorrow. My son will be home this weekend coming, so we'll be able to share some, finally. 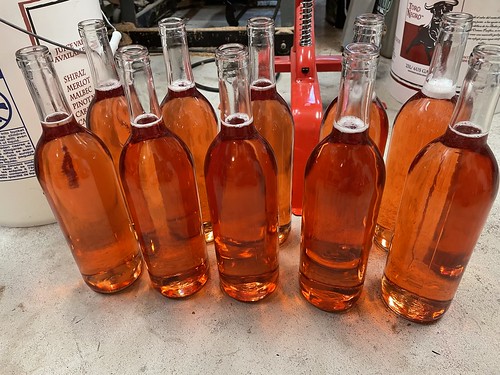 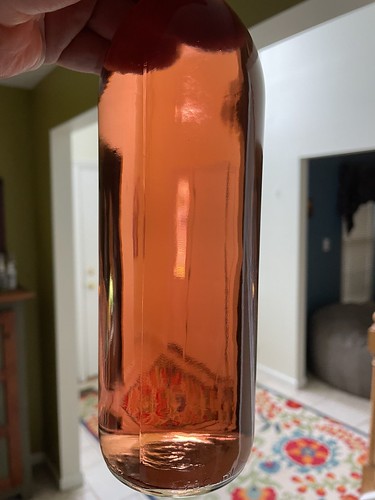 I'm really happy with the flavor. It seems to have been worth all the effort so far. And learned a ton in the process. All good.

Now fingers crossed that it stays clear this time...
B 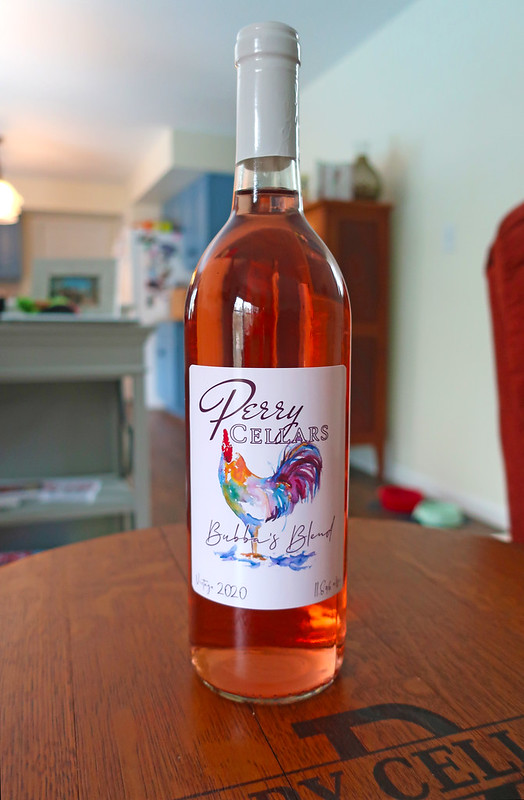 Had the half bottle last night, very pleased. Fermented with K1-V1116 and cool temps, even after all the trouble there's a lovely aroma with this wine. We'll see how long it lasts - there's a bottle in the fridge now.

Thanks, everyone, for your assistance with this one. Appreciate it.

Bliorg said:
Okay, so the wine cleared perfectly. Today was (supposed to be) bottling day. Racked it off the sediment into a bucket. Wine still clear. Filtered from the bucket to a 6.5 gallon BMB. Uh oh. Wine's cloudy again. Let it sit a bit, hoping that it's somehow entrained air from the filtration and will off gas a bit. Nope, got cloudier. To this point, I've degassed this wine for a total of about 20 minutes with a drill-mounted whip. So I figure it's degassed thoroughly, in addition to sitting in a carboy for 4.5 months and being racked a half dozen times. Figure what the hell, I'll try degassing again with the whip: 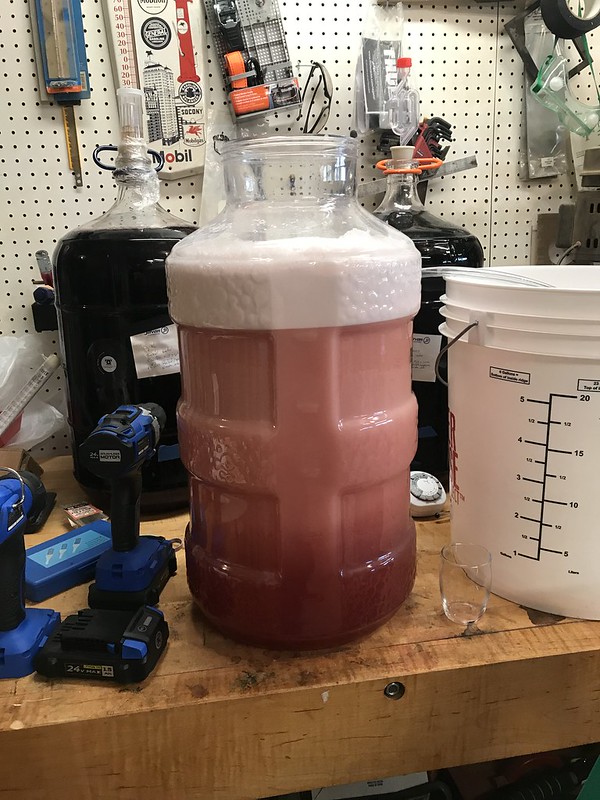 What-the-everloving-crap? I've never had a wine this gassy. Clearly (ha ha) that's the root cause of all my clearing issues, as you kind folks suggested. I still can't fathom this much gas sitting around for so long. And I still don't know where the last bout of sediment came from in a wine that's been fined twice and was apparently cleared.

So, not bottling tonight. I'm going to go in cycles - degas until it foams this much, let sit and off-gas a bit, repeat. Going to be a long night. But I really want to get this stuff bottled. WAY over this.
Click to expand...

yep . you can't argue with a head of foam like that,
Dawg
B

And it won a bronze at the AWS amateur competition!

So the berry/dragon fruit wine I've been working on, which has had sulfide issues since the second racking (but that I seem to be on the good side of now) was ready for sweetening this week. Wine was totally clear in the carboy. Racked to a bucket (about 6 gallons total), added in 3 teaspoons of sorbate dissolved in maybe a cup of cold water, and also about 1/8 teaspoon K-meta in cold water. Stirred for maybe 3 minutes. Did some taste testing, decided on a low dose of sugar. Added to bucket and stirred thoroughly to dissolve (about 5 minutes), which is my normal protocol. Racked to a clean carboy and airlocked it. Everything was clean and sanitized before using. Walk away from it.

Come back the next evening. Wine is clearly hazy and cloudy. Fine, whitish sediment is starting to settle out. Shine a light though the carboy and can clearly see fairly good sized particulate suspended in the wine. No signs of fermentation going on at all. Have been watching it all week. Wine is clearing fine, but what the heck caused the sediment in the first place?

I'm at a loss. The wine was treated with a low-ish dose of Reduless to combat the sulfide. Immediately fined with SuperKleer after the Reduless to help ensure all the Reduless was removed. Had haze issues after that. Dosed with pectic enzyme first, no help, then fined with a middling dose of bentonite, which cleared the haze. Racked twice since then before this latest episode. Current plan is to let the wine clear completely, then open it up and taste it. If all seems well enough, rack it off the sediment, run it through #1 and #2 Minijet filters, bottle, and hope for the best.

Anyone ever see something like this - sediment forming on stabilizing? New one for me.
Click to expand...

I see several others comment that what you experiencing is unusual but I get a fair amount of sediment in any non-grape wine I make after I back sweeten it. I simply go thru the sweetening process and let my wine sit for a month in the carboy before I bottle and haven't had any issues doing that. I usually end up with about 3/4" of settled sediment after the month's end.

nicely polished looking wine. I’m not surprised it’s throwing some sediment as by the look of this feed, you only made the wine in early April. There will still be some micro rearrangement going on within solution. Your wine is probably stressed out by all the frantic processing - if you had just left it in the carboy for six to nine and racked say every two you’d get the same result. My experience with fruit wines I’ve made is, they can keep throwing small amounts of sediment for up to a year.

Congrats on your award!