We eat well and don't eat out often either as nowhere close to begin with. When we do eat close to home, there's an old country club gone public and who's kitchen is run by a local with great food at reasonable prices. We have a tough time not ordering the grouper but truth is lots of other VG choices. Even the house salads are outstanding.
Tonight's supper e.g., is more Honey Select sweet corn (I bought it local, mine is all Incredible variety), our first trial of a new to us variety of heirloom 1/2 runner beans cooked with new red & white potatoes(not those skinny , beanless , tasteless, stringless whatevers!), salmon patties(also made right, not the version with no goodies in them), Jalapeono' cornbread (the hillbilly made right kind) and a big glass of Milo's Tea from Birmingham, AL via our KY walmart. Piled in with the beans is Vidalia onion slices, heirloom tomatoes(we have a bunch of different kinds) which results in whats called locally, "a dogs mess", which I suppose is named after leftovers going to the dog? Crude name but delicious.
BTW, I sure don't eat a part of one ear of corn? Both my 4 year old GD's eat more than that?

Thought about putting these on the grill sans charcoal, they would have gotten done, just not in time for dinner. Two small racks (1.5 & 1.75 lbs each) of beef back ribs. Nice and meaty, good marbling. Salt and pepper for one, salt, pepper and some "meat magic" for the other. Used the snake method with a couple of pieces of hickory wood. Cruising at 250*F right now. Usually take 4 to 5 hours at 225, so these should get done in time to rest for 30 minutes or so for a 6 pm dinner.

Last night was pizza on the grill (didn't want to fire up the oven inside, central air unit is 26 years old this month, don't want to push it). Mushrooms and pepperoni, yum!

Hmmm, extra heat outside helped them get close to done about an hour earlier than expected (meat at 180, I aim for 200-205 just like brisket). Wrapped in butcher paper and restricted the vent openings to hopefully hold the ribs for an hour and a half. Gotta figure out something to make with red skinned taters (I like them mashed with skins on but the kids don't). Maybe just some simple parsley, butter and steamed taters.

Got out of Dodge for a long weekend getaway to SOCAL. Went to one of my fav's in the area Gordon Biersch for lunch and a pint of course.

Hopefully it's cooler in SoCal than at home.

Beef ribs were fantastic, the red skinned taters were a hit (anytime all eat something, it's a hit around these parts). I had some day old basil I picked for pizza last evening and threw it in the the green beans as they steamed. Added a nice flavor note that I didn't expect.

I have four racks of baby backs in a Bradley smoker. I have the butcher cut each rack lengthwise and then split the half racks into serving size portions before coating with a BBQ rub and setting them aside in the fridge for a couple days.

Trying 3 hours targeting 250 degrees, then double wrapping with foil - then back in smoker (no smoke for this stage) for 2 hours more. Then unwrapping, basting with BBQ sauce, and placing back in smoker for final 15+ minutes.

Doing 31 portions so have my fingers crossed and a cold brewski class at hand.
K

My "butcher" stuffs the meat shelves @ Walmart... Trick is slow and not dried out on surfaces. If I had a better BBQ smoker I'd do it longer like the pros.
I watch for yellow tagged meat that's marked down and freeze until I'm ready to BBQ it in bunches. Two Pork shoulders or two racks of ribs. I particularly like the ribs with some loin meat still on them. I never buy the ribs that lack meat and a bony affair to eat them.Just being called baby back means not much overall. Yuk.
The better ones can be baby backs or St Louis style as Tyson calls them.
I make my own rub-google "recipe for Lil Jakes Dry Rub" and mix your own zip lock bag full in a few minutes, cheaper too.
I cut my racks in half with a knife to shorten them, thus I slow cook four halves at a time. I rub them after thawing and pulling off the inner membrane, then wrap in plastic wrap overnite. I use the residual juice in my basting bowl which also has water and a bit of rub mixed in.
After many hours of low temp cooking over briquets (I toss in some damp hickory chunks while on charcoal-when it;'s gone it's gone) and then wrap my ribs in foil over a water filled oven roasting pan normally used for turkeys. I do another 4 hours at low temp-250deg and then cool and bag back into the freezer as pork stores much longer after cooking than frozen fresh. Use BBQ sauce as you like when warming them for a meal.
I do briskets the same way as above.

Back from the beach and was just at Wegmans. Not even looking for steak, but I always stroll through the meat section, just in case. I don't think you can get much closer to Prime than this.

Boatboy24 said:
Back from the beach and was just at Wegmans. Not even looking for steak, but I always stroll through the meat section, just in case. I don't think you can get much closer to Prime than this.

Pretty impressive marbling for a choice cut, I’ll bet that those will do very nicely!!!

Looks like a jail cell meal to me....... Do you need bail money? KIDDING! LOL

How was the pulled pork?

I won't ask how you know that. LOL! 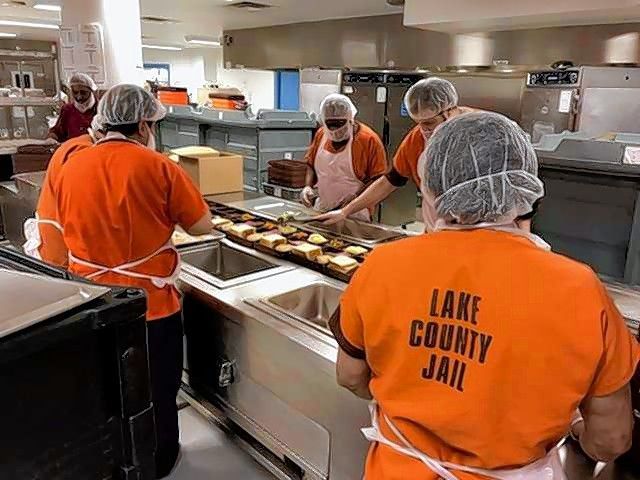 You wish that was jail food LOL

Was planning on dinner alone, but my son didn't go to the event my wife and daughter are attending tonight. I said I'm just doing gyro meat and that made him very happy. Half beef, half lamb (I know now that in Greece they primarily stack pork on the cookers). Used the kettle and made a meatloaf like shape, put two skewers through it to help turn it, then indirectly cooked for about an hour and fifteen minutes. Was aiming for a 165* temp but it carried over to 174. Still a very flavorful mix. Son did some quesadillas with feta cheese and the meat. I added some Tzatziki sauce, a diced tomato rescued from the garden and some feta cheese. Very easy meal, with some good leftovers for omelets tomorrow morning.

Costco run today. Snagged a couple items for future dinners including a beautiful double rack of "Prime" uncut short ribs! Brisket has crept up about $0.30/lb since the last time I bought one at Costco. Not horrible but getting more expensive due to demand I guess and all those pellet grills being sold.