Ive been looking at these for awhile and just could afford 1, then I remember that the company I work for took apart a very big sliding table saw a few years ago and i had all the parts in my shed as they were going to throw it all out. Heres a picture of the parts I had, the sculpture I kind of copied from and it almost done after last night and tonight working on it. the top cooler(HLT) is Photoshopped in as I need to build that 1 this weekend. 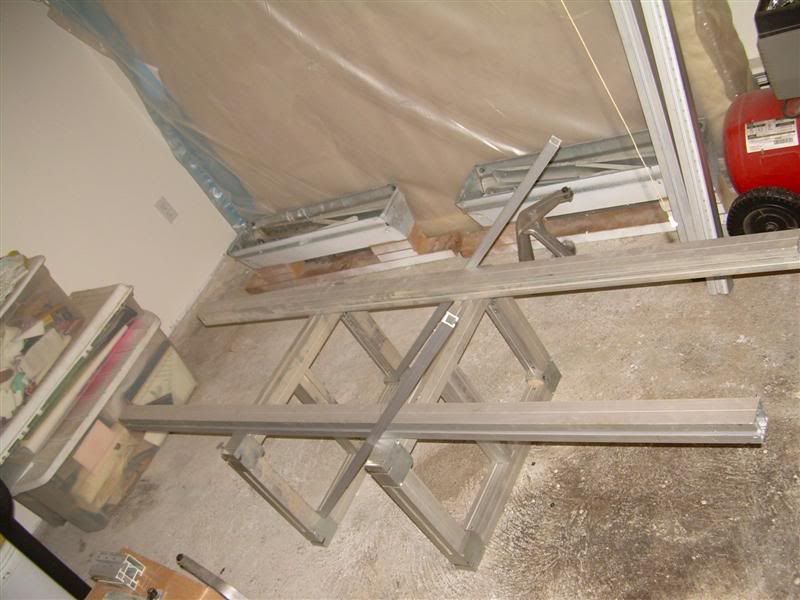 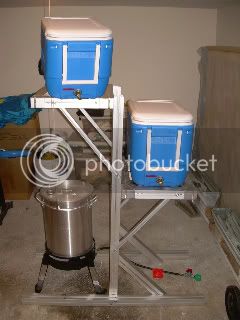 ok I am lost. what does this do or is it art and has no function. Sculpture implies form not use beyond picture taking background to me.
M

well, its called a brew sculpture....but what is it is a tier'd setup so you can make beer without having to move around 5-8 gallons of boiling liquid.

the top cooler holds hot water, around 170F. It drains into the 2nd cooler which is where the grain mixes with the water, and the starches convert to sugar. i.e. the Mash/Lauter Tun.

That then drains in to the keggle/kettle at the bottom, and that's what's boiled for an hour. Then you chill that down, dump into primary and pitch the yeast.


Its better than my setup, which involves heating and boiling on my porch, but mashing and lautering in my kitchen. Thus I end up carrying a lot of heavy, hot liquid 20-30 feet, 4-5 times a brew session. And by the end of a session I've had at least a few pints
W

I have a bad back so doing what you just said malkore would put me in the hospital. Thats why I have a vacuum pump to pump wine from carboy to carboy whether it is going up hill or downhill. I have to get one of those March pumps for my beer setup or get a burner for my top level and get a hot liquid tank which is robably the way Im going to go.

The quotes of Steven Wright

been busy (in a good way)